Every sling that is ordered from Recoil Rifle Slings is a custom sling.  Every sling is made to an individual’s order, this is why we don’t carry “stock” slings for immediate same day order and shipping.  That being said, there have been several types of customizations that we’ve seen over and over again at Recoil.  To acknowledge those groups of customers, Recoil will occasionally add these customizations as a stock option set to build from.  It can make the decision making and ordering process far easier when you know what you want but aren’t sure what all you need to ask for.  Check out the options we’ve got listed below, and check back every once in awhile to see if we’ve added a new set of options. 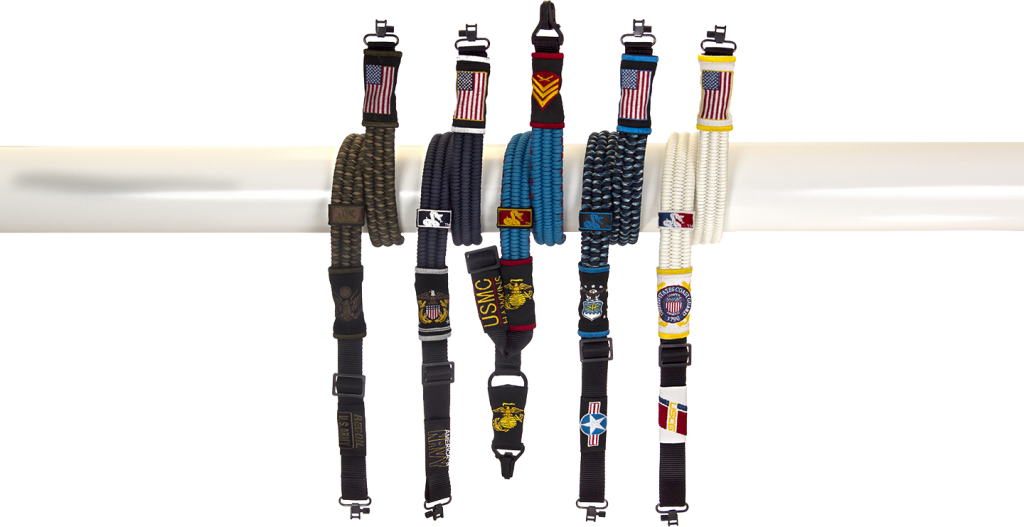 Recoil is proud to present an option available in all three of their sling lines, the U.S. Armed Forces Edition. As these have been requested since the first sling made at Recoil from active and retired military for their weapons, Recoil decided it was time to offer it as an official option. This option is an eye-catching addition to the Diamond Back Pro, Viper 2-2-1, or Big Mamba. Available with your branch of service, rank if desired, and name.  This option is available in BDU or Dress Uniform Variants for all branches.

Currently this an American Armed Forces option only, however, if you are one of our friends from outside the United States and are interested in what we can do for your service to your country, contact us and we’ll see what we can do!

*This option is covered under the additional $20 custom stitching fee due to the extensive amount of additional stitching required. 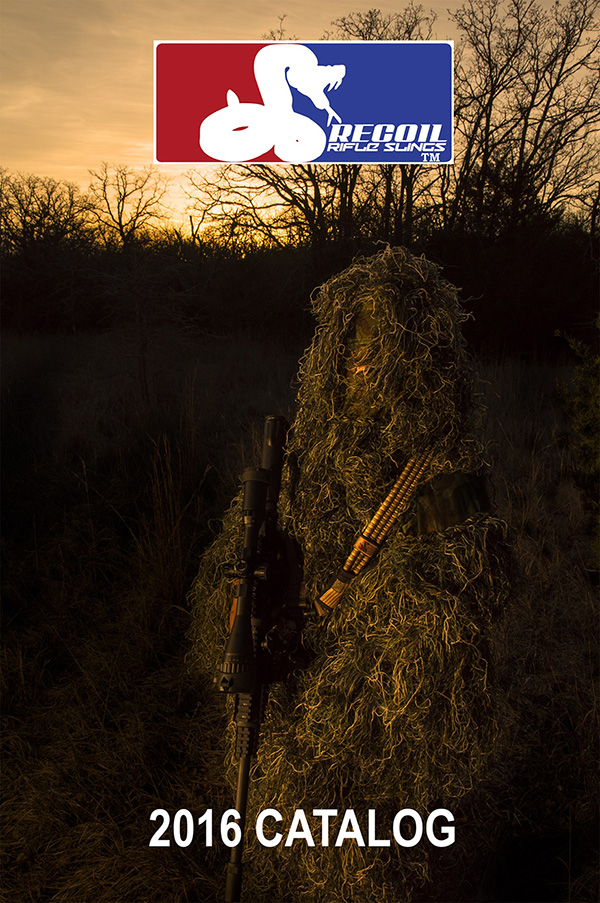 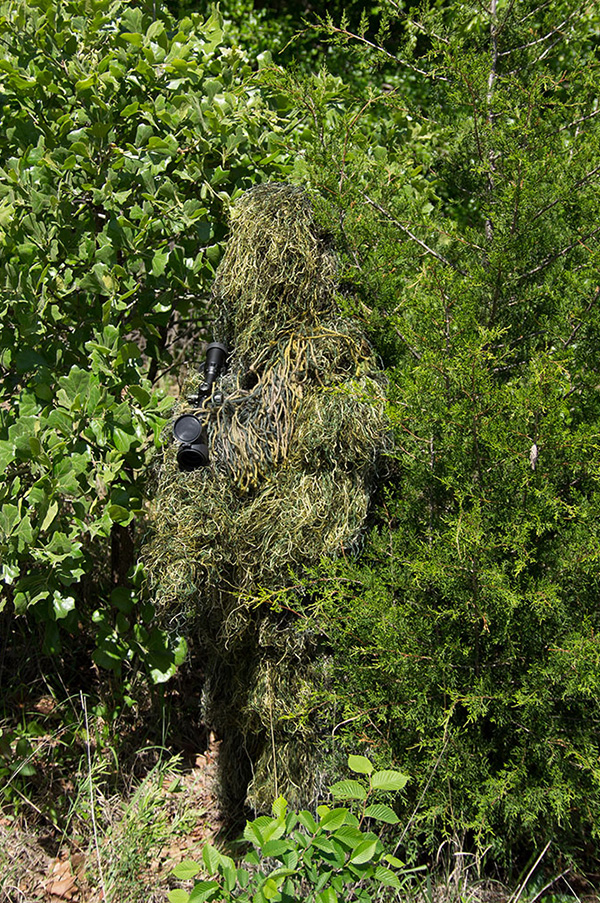 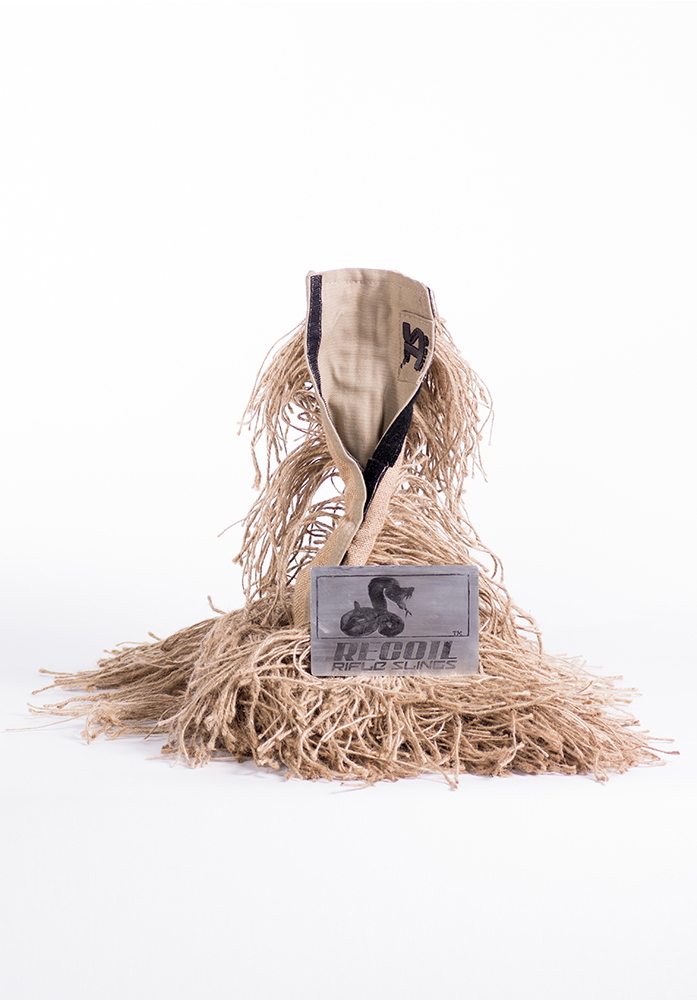 The birth of the idea for the Spider Tailed Viper Edition came from the cover of Recoil’s 2016 Catalog.  Dennis Parr, retired vet, and local hunting guide, appeared on the cover in his Ghillie Suit with his Viper 2-2-1 and AR-15.  It is a truly beautiful shot that really captured the spirit of many who use our slings, serious hunters.  As many of our customers admired the photo, as well as ourselves, something began to bother the Founder of Recoil.

“The sling stands out great on the cover, and that’s what we wanted… but, with a Ghillie Suit, that’s not what you want to happen.  The sling should blend in with the suit, just like it does with the surroundings…”   -Will Hawkins

He immediately went to work trying to figure out how to solve the problem.  Remembering an extremely rare, and crafty, snake his buddies that have returned from service in the middle east had mentioned and footage that he’d seen, Will found his inspiration.  The Spider Tailed Viper is one of the most deadly and hard to spot snakes in the middle east.  When mated with it’s wicked tail that mimics a spider in appearance and motion, its meals come to it by striking at the tail which is always perched directly in front of its fangs.

Designed primarily as an option for the Diamond Back Pro, and Big Mamba Slings, it can also be made for the Viper 2-2-1.  There is quite a bit more work that goes in to the Viper 2-2-1 option, and costs a bit more for it.  As an alternative to having a sling solely devoted to your Ghillie Suit, a Spider Tail Viper Sleeve can be made to order for any length sling desired that goes on quick and comes off just as quickly so any of your favorite slings blend in like a Spider Tail Viper Edition sling. Send us images of your Ghillie Suit, or if you’ve made it yourself and have some samples to send us for matching, we’ll match your sling to your suit.

*The Diamond Back Pro and Big Mamba versions cost an additional $100 on the base sling cost. 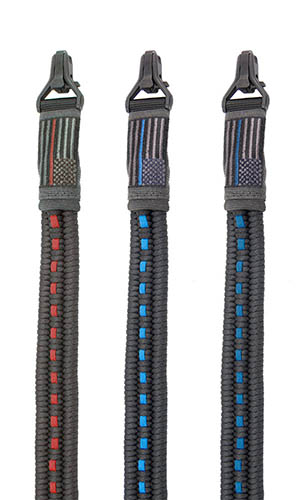 This option can be used as a base option for any color combinations for any look you like.

*$10 additional cost added for striping on all slings.